StudyWell > Exponentials and Logarithms in A-Level Maths > Growth and Decay

In a continuous setting,  we can use $e^x$ to model exponential growth, whereas we should use $e^{-x}$ to model exponential decay. Note that mathematical modelling has drawbacks. That is, models often need refinements and fail when populations become unpredictable. See the problems and pitfalls of mathematically modelling the 2020 Coronavirus spread.

At this level, you will mostly study exponential growth and decay. 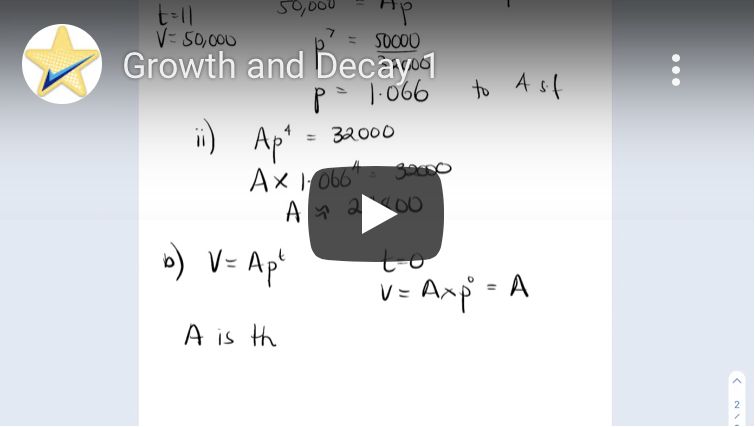 The number of cases $N$ for a given virus $t$ days after the onset of an outbreak in a given country can be modelled using the equation $N(t)=N_0e^{0.25t}$.